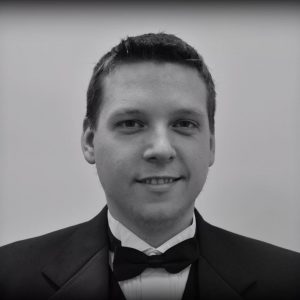 Mr. Foreman has been the Band Director at John Champe High School since 2020. His duties are co-directing the 4 Concert Bands and Marching Knights, and directing the Percussion Ensemble and Pit Orchestra. In addition he oversees the Indoor Drumline and Indoor Colorguard. Under his direction the Marching Knights were a 2021 Bands of America Regional Finalist, and received straight superior ratings at the VBODA State Assessment. Concert IV also received a superior rating at the VBODA Concert Band Assessment which earned the school Virginia Honor Band status for 2021-2022. In their first year in 2022 the Indoor Drumline won the Atlantic Indoor Championship in Scholastic Regional A.

Previously Mr. Foreman served as the Director of Bands at Thomas Jefferson High School for Science and Technology from 2010-2020. His duties included teaching the two concert bands, two jazz bands, two percussion ensemble, the Marching Colonials, and overseeing the Indoor Drumline and Colorguard. Under his direction the Wind Ensemble was invited to perform at the 2013 and 2017 Music For All National Concert Band Festival and the 2014 and 2019 Virginia Music Educator’s Association Conference. The Marching Colonials have won numerous US Bands Regional and State championships and were a 2012, 2014, 2017, 2018 and 2019 Bands of America Regional Finalist. TJMC was the 2019 VMBC Group IV State Champion.

Mr. Foreman received his Masters in Fine Arts from George Mason University, and his Bachelor of Music from James Madison University. While at James Madison, he studied under Bill Rice for Percussion and Gabriel Dobner for piano.

Mr. Foreman lives in Aldie where he enjoys being a part of the community. In his free time he enjoys video games, running, and hanging out with his three mini dachshunds Yoshi, Daisy, and Mando.

Mr. Miller has been the Associate Band Director at John Champe High School since Fall of 2020. Mr. Miller has been involved with the Champe community since the school’s founding; working with the marching band from 2012-2016. He has worked with JCHS, Willard, and Mercer over the years assisting with saxophone sectionals, assessment preparation, and instrument test drive nights.

In his free time, Mr. Miller enjoys playing video games, board games, traveling, and spending time with his wife! 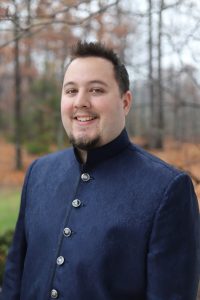 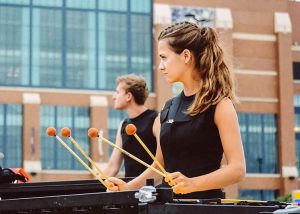 Miss Starkston is happy to be back for her 3rd season with the John Champe Marching Knights! In addition to working with the marching band percussion section, she also teaches the Indoor Drumline at JCHS who just finished their inaugural season with a gold medal in their class.

Miss Starkston received her bachelor’s degree in Music Education with a focus on vocal education from James Madison University in the fall of 2019. While at JMU, her studies were primarily focused on piano and voice, but she was also a part of the JMU Percussion Ensemble and the Marching Royal Dukes. While in college, she also performed with the Crossmen Drum and Bugle Corps (2017) and Carolina Crown (2019) in Drum Corps International, as well as 5 seasons with the George Mason University Indoor Drumline (2017-21) in WGI. Since graduating from JMU, Miss Starkston has been the general music teacher at Great Falls Elementary School in Fairfax County.

In her free time, Miss Starkston enjoys playing board games and lawn games, baking, spending time with friends, rewatching shows she’s seen too many times, and listening to way too many musical soundtracks.

Ms. Grande is excited about returning to the JCHS marching band, color guard, and indoor guard for another season. Ms. Grande has been a “band kid” since she started playing clarinet in 6th grade. In high school, she participated in an award winning marching band program as a color guard member, co-captain (junior year), and senior advisor (senior year). Throughout high school and college she also played bass clarinet in highly regarded band programs in Virginia and has performed at music educator conferences, including VMEA and the Mid-West Clinic. In 2011, after an 11 year hiatus, Ms. Grande decided she missed music too much and picked up the bass clarinet again. She has played in community bands in Portsmouth (Virginia), Sterling, and Herndon ever since.

Ms. Grande loves learning. In the summer of 2022 she is attending the Director Academy/Color Guard Instructor Academy offered through Music for All, a national music organization that provides programming and arts advocacy for middle and high school students and directors. She anticipates this program will help expand her marching band and color guard knowledge and better prepare her for the demands of color guard instruction.

Ms Dapper has been a Color Guard Instructor here at John Champe since 2021. Ms. Dapper also co-directs the Winter Guard.

Ms. Dapper is a graduate of Radford University earning a B.A. in Interdisciplinary Studies L.A. with minors in Deaf and Hard of Hearing Special Education and Psychology. She continued her education at Radford earning a Masters of Science in Special Education General Curriculum.

Ms. Dapper is a LCPS graduate from Broad Run High School, where she participated in Color Guard, under the Band Director, Lisa Smith. In her free time Ms. Dapper enjoys hiking with her dog, crafting, photography, listening to music, and yard work. 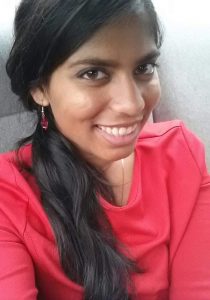 Travis Low proudly serves on the visual staff at John Champe High School. Prior to his involvement on staff, Travis marched with the Boston Crusaders from 2014-2016, performed with Busch Garden’s “Mix-it-Up” from 2017-2018, and is currently with “The Commandant’s Own” United States Marine Drum and Bugle Corps. He has also worked on several high school marching band staffs around Virginia.